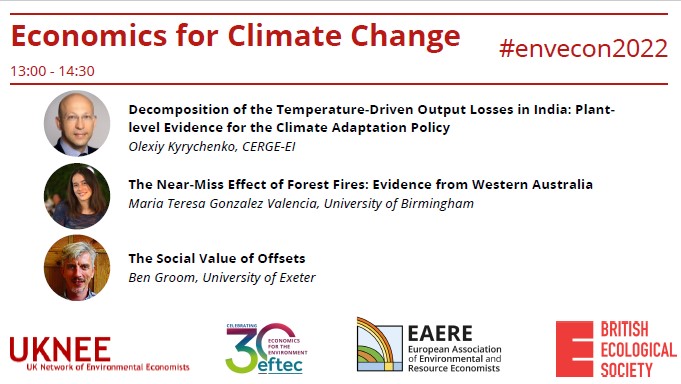 This session was chaired by Professor Ben Groom from the University of Exeter. The panellists presented and reflected on their research before participating in a Q&A session. The following summarized papers were discussed: